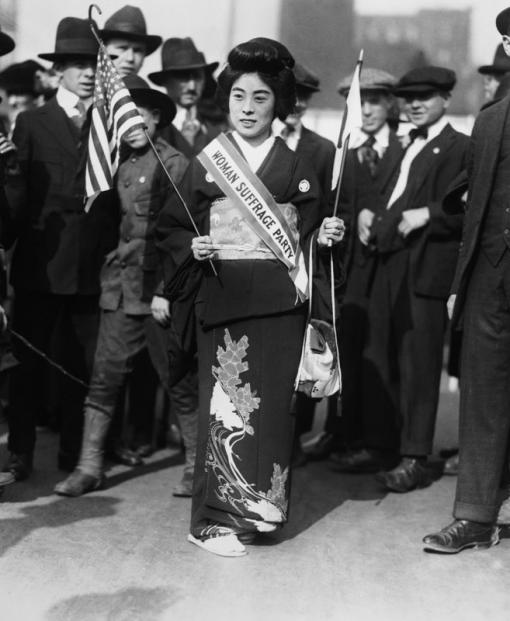 On October 27, 1917, twenty-thousand suffragists marched on Fifth Avenue in New York City demanding the right to vote. In the center is Komako Kimura (1887-1980), a prominent Japanese suffragist and actor.  Kimura, along with Mitsuko Miyazaki and Fumiko Nishikawa, started a lecture series and magazine for women (May 1913-Sep 1923), both called Shin Shin Fujin (New Real Woman).  She spent time in the United States, exchanging ideas with American suffragists.  This photo can be used as a starting point for discussion about cross-cultural exchange and issues with a global appeal.

Photograph of women's suffragists carrying petitions to the Imperial Diet in the 1920s.