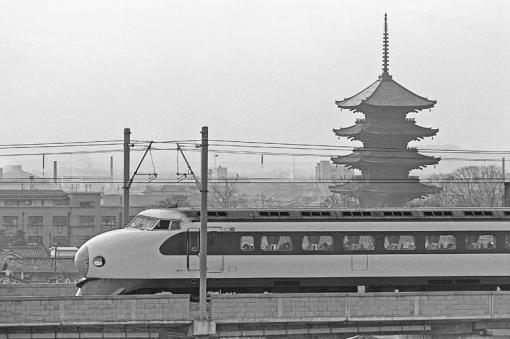 This classic picture illustrates the co-existence of Japan's modern technology with its preservation of tradition.  The train in the foreground, an early version the the Shinkansen or "bullet train," was the fastest train in the world at the time.  The creation of the shinkansen became a symbol to many of Japan's recovery from World War II as well as it's role as being on the forefront of technological developments.  The picture was taken in 1966.