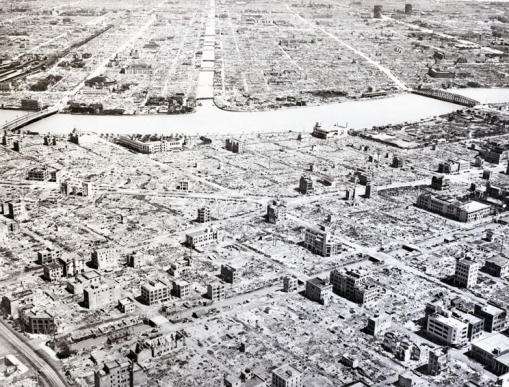 On March 9-10, 1945, over 300 B-29 Bombers attacked Tokyo, focusing on Asakusa, its most densely populated section.  These attacks left 80,000 to 100,000 dead and one million people homeless.  Known as the Tokyo Fire Bombings, the attacks were part of the strategy of Major General Curtis LeMay to bomb civilian targets in order to demoralize the Japanese populace.  (The picture dates from September 1945, and shows the view over the Sumida River in Tokyo.)