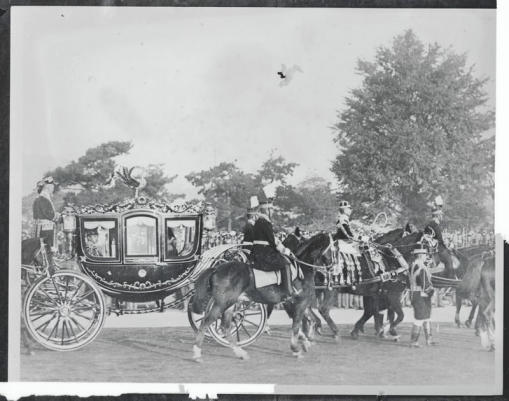 The crowning procession of the new emperor Hirohito, Kyoto, November 21, 1928. The emperor is en route to his official crowning. Hirohito had unofficially been serving as emperor since the early 1920's due to his fathers previous mental illness and death in 1925, although he was not crowned emperor until 1928. The procession embodies the modernizing of Japan with royal guards and carriage having western dress and adornments. Emperor Hirohito was apart of some of the greatest transitional periods in Japan's history, from pre-war Japan, to the Japanese defeat in World War II, to the subsequent rebuilding of the country.