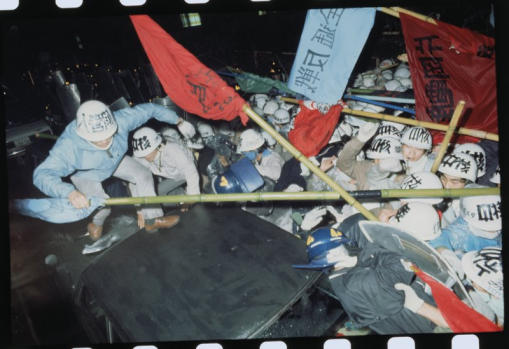 Protesting students had a violent conflict with police in Tokyo.  The students were protesting provisions of the treaty "returning" Okinawa to Japan that allowed the United states to continue to maintain bases their.  Many protesters also wanted Okinawa to receive independence rather than become part of Japan again.  After the end of World War II, Okinawa remained a U.S. Territory until the reversion treaty took effect in 1972.  The treaty was signed on June 17, 1971, and ratified by the Diet on November 24.  This protest, one of many throughout Japan and Okinawa, occurred on June 15, 1971, as part of an effort to stop Japan from signing the treaty.