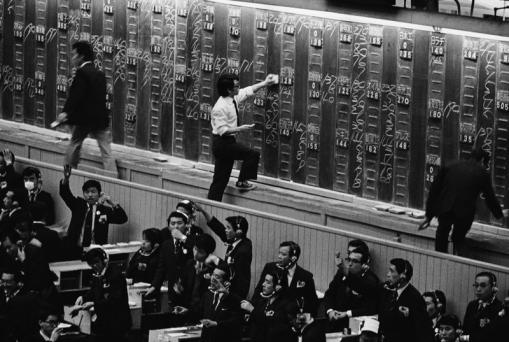 In October 1973 the Arab world imposed an oil embargo on the United States, Western Europe and Japan for their involvement in the Yom Kippur War and support of Israel. The scene above depicts the Tokyo Stock Exchange, December 27, 1973 in reaction to a decision made by Arab states to lessen restrictions on oil supply to Japan. The embargo would have beneficial effects on the Japanese automobile industry in the years after the embargo, and had immediate positive effects on almost all sectors of the Japanese economy. The embargo would see the end of large gas guzzling cars and Japanese industry would be at the forefront of filling the need for smaller fuel efficient cars around the world. The embargo, had created strains on daily life throughout Japan.