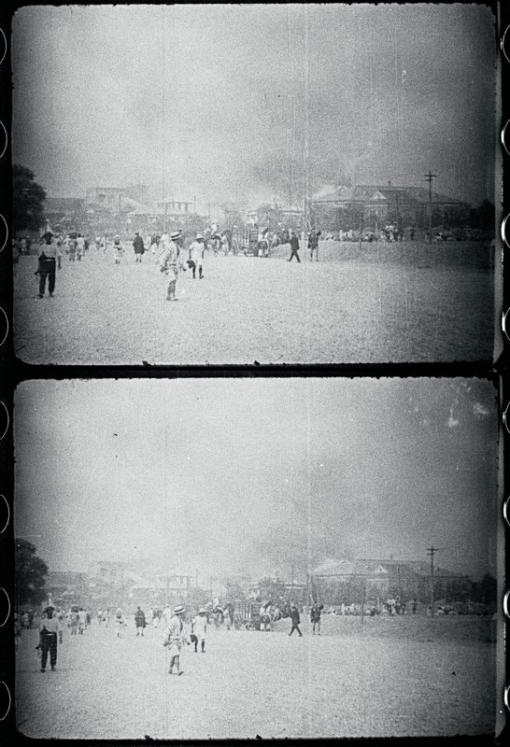 Photo shown the City of Tokyo in flames after the earthquake has caused many of the principal buildings to topple to the ground. The firemen with their semi-modern apparatus could do nothing to stop the spreading fire. The flames leaped from building to building, leaving a mass of ruins in their wake, until they could find nothing more on which to feed. September 28, 1923. Tokyo, Japan.

At about mid-day on september 1st, 1923 an earthquake between 7.9 and 8.4 would hit in the waters just off the coast of Tokyo.  The earhquake caused tremendous damage to the the surronding prefectures to the city of Tokyo. Causualities were estimated at between 100 and a 150 thousand people.