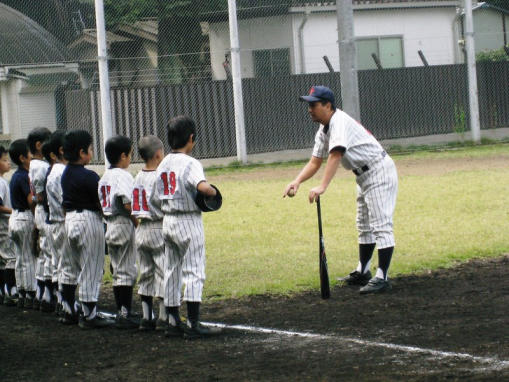 The coach of a youth baseball team is speaking with his players during practice.  The players are elementary school aged.  Organized sports, especially baseball for boys, are very popular amongst Japanese children, and play an important part in socialization.  This photograph was taken in October 2007, in Ueno Park in Tokyo.  However, similar scenes can be seen throughout Japan.  A variety of interesting books and movies have been made about Japanese baseball.  One of the best resources about Japanese baseball or the many articles by Yale Anthropologist William Kelly, which he has made available online (see below).   Kokuyakyu, a documentary film which follows two Japanese high school baseball teams through a season, can be used effectively in the classroom.