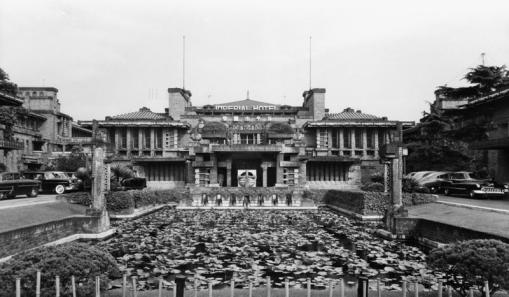 An exter view of the Imperial Hotel Tokyo.

The Imperial Hotel Tokyo was built by Frank Llyod Wright and completed in 1923.  That same year the hotel was hit by the 1923 earthquake, which had destroyed Tokyo. The Hotel was reported to have damage, but only minor in comparison to the devastation of Tokyo.