Clean up of Great Kanto Earthquake

Clean up of Great Kanto Earthquake 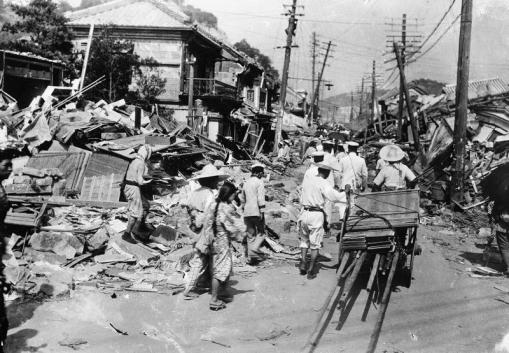 The Great Kanto Earthquake hit on September 1st, 1923. The quake would destroy much of Tokyo and the surrounding cities. The destruction as seen in this picture was extensive and would take years to recover from. The photo represents the massive devastation caused and combined with a photo just prior to September 1 could be a good demonstration of how large in scale and how much damage was caused.  This photograph, taken on October 4, show how extensive the damage remained over one month after the quake.  Other related photos on the site include this picture of earthquake destruction and this picture of victims of the earthquake outside the Imperial Palace.