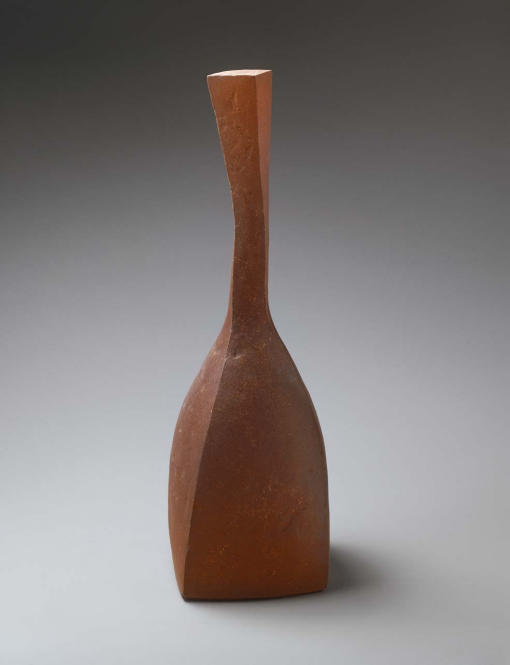 Editor's Note: This resource can be used in conjunction with the lesson Contemporary Clay: Japanese Ceramics for the New Century.

Osamu Suzuki is one of the most important figures in the history of modern Japanese ceramics. He began life involved in the pottery trade, his father was a production potter (a ceramic artist working to create multiples of a utilitarian item e.g. 30 bowls, all very similar) and he, himself, attended and graduated from the Kyoto Second Industrial School. Despite his skill and formal training in the production arts, he began to seek another approach to ceramics. He started to collaborate with other artists, and became a founding member of the Sodeisha. In the late 1940s and early 19\0s, he started experimenting with variations on traditional, functional forms. Over time, his works evolved into pure sculpture, with no discernable practical function. His “clay images,” as he calls them, are inspired by nature; each meant to capture an aspect of its essence.