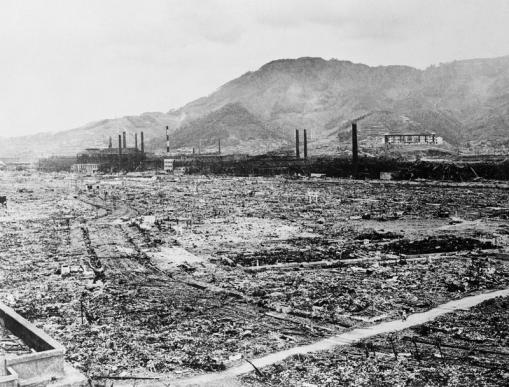 The area in the picture was once the industrial center of Nagasaki, and was leveled with the atomic bomb on August August 9, 1945.  The picture here was taken almost a full year later, on June 26, 1946.  The building in the background is the remains of the Mitsubishi Steel and Arms Works, which was used for scrap materials.  The photograph makes an interesting comparison to pictures of the destruction of Hiroshima by an atomic bomb and Tokyo by fire bombing.