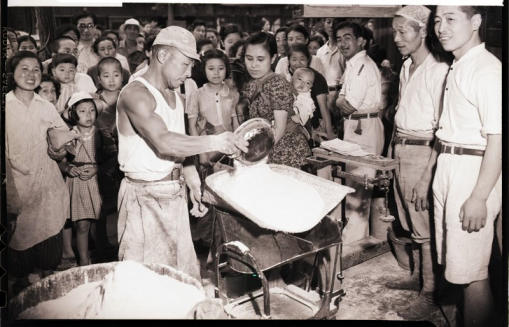 In this photograph, taken on July 2, 1946 in Tokyo, the woman is receiving her ration of 297 grams of food per person/per day.  While the donated food was helpful, the amount rationed was not really enough for survival, and a blackmarket flourished.