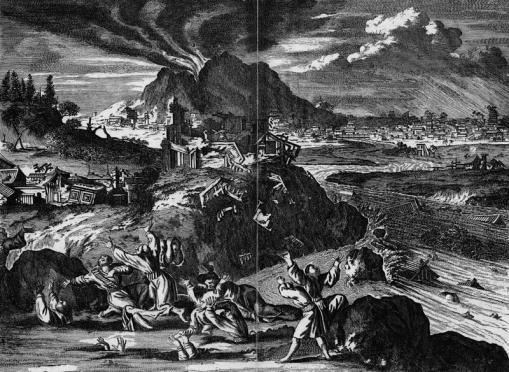 Illustration depicting the massive destruction that struck Tokyo during the Great Earthquake of 1650. From an etching made in Amsterdam in 1669.  Since there would not have been any Dutch in Tokyo in 1650, and the etching was created 19 years after the fact, it must, of course, be viewed as a product of the artist's imagination.  Activities asking students how they could use this work as a source document, aimed partially at identifying this problem, can be useful.  The work also, however, points to the interest in Japan and knowledge of Japan during the mid 1600s, during the period when Japan had relatively limited relations with Europe.