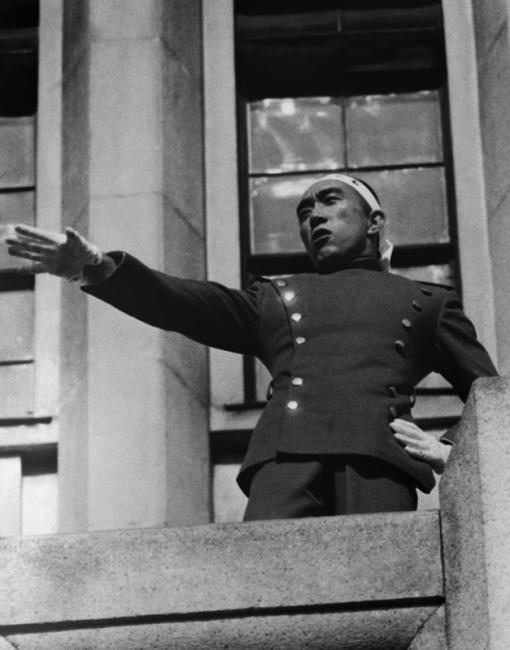 On November 5th, Yukio Mishima with five uniformed followers charged in to the Ichigaya Station of the Japanese ground self-defense forces, slashed at soldiers who tried to stop them and took over the commanding officer's offices. Appearing on the balcony of the building, he delivered a speech to 2000 soldiers who surrounded it. "Japan's present politics are full of corruption," he said, closing his speech with the war cry of the old Japanese armed forces - "Tenno Banzai" (long live the emperor). He then disappeared into the building and committed "hara-kiri," traditional Japanese suicide.  Mishima, regarded as one of the great authors of 20th century Japan, was highly critical of Japan's weakened state, political corruption, and lack of national pride.