Portrait of the meeting to open Japan to American Relations

Portrait of the meeting to open Japan to American Relations 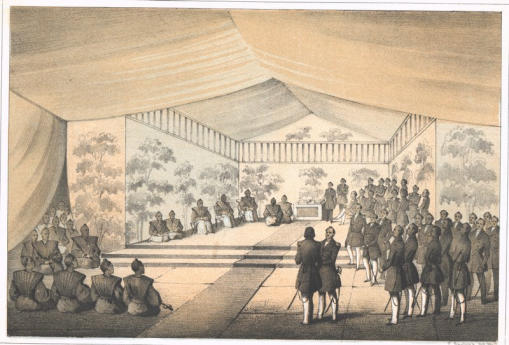 Matthew Perry, U.S. Naval officer who headed expedition and forcibly encouraged Japan in 1853-54 to enter trade and diplomatic relations with the West, is shown, as he took communications from White House to Japanese leaders. 1800s.

Commodore Matthew Perry would open Japan to American trade relations and influence. Several western countries had attempted but failed to open Japan to western trade. In 1853 Commodore Matthew Perry would sail to Japan, backed by several US war ships. In 1854 the Japanese under the threat of force would sign a Treaty of Peace with America. American ships were allowed to travel to the ports of  Shimoda and Hakodate, facilitating commerce and trade. A US Consul was even erected in the port of Shimoda.