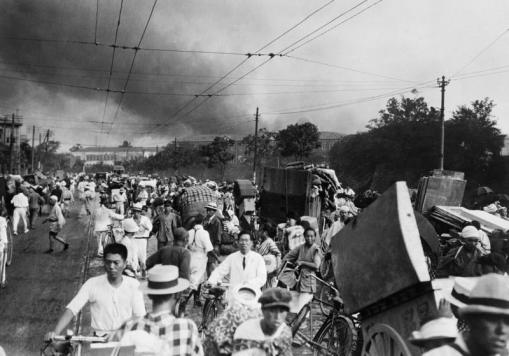 Picture of Tokyo residents fleeing, taken on October 4, 1923. The Earthquake that had struck on the ocean floor, not far from Tokyo, was devastating to the city. The death toll was estimated from a 100 to 150 thousand people. The proceeding fire that raged after, burned homes and left hundreds of thousands homeless. Although not the largest earthquake to ever hit Japan, it's close proximity to such a large population had left the city in shambles.

Tokyo residents flee with their belongings after the 1923 earthquake and fire October 4, 1923.