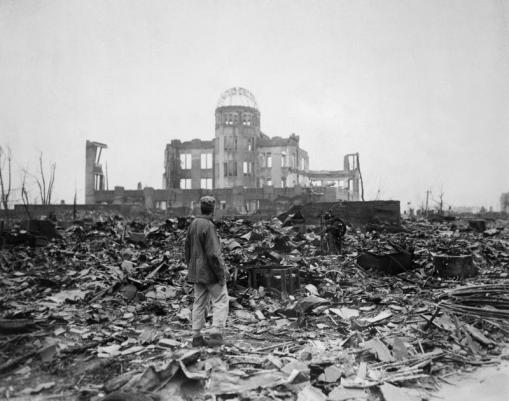 The wrecked framework of the Museum of Science and Industry as it appeared shortly after the the dropping of the atomic bomb in 1945.  City officials decided to preserve this building as a memorial though they had at first planned to rebuild it.  The dome has come to serve as a symbol of the destruction of Hiroshima.