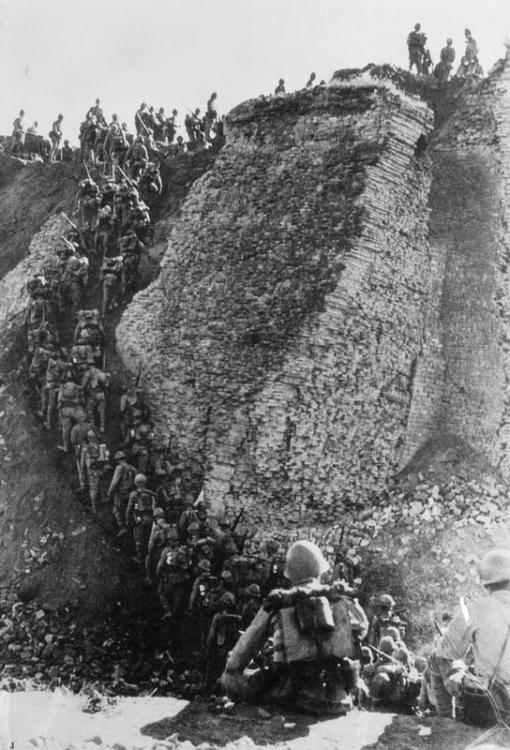 This photograph depicts a Japanese regiment marching over a section of the Great Wall of China on Nov. 5, 1937.  At this point in the war, Japanese troops were rapidly advancing southward during the opening months of the war, in an effort to gain control of as much of China as possible as quickly as possible.  This particular photograph was taken on the outskirts of Beijing.