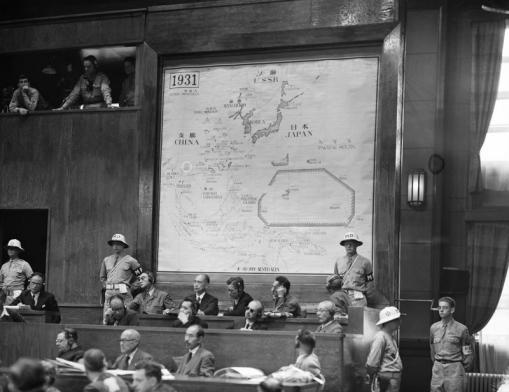 Original caption: The prosecution introduced exhibits including historical records, documents and maps as the war crimes trials resumed June 13th. Shown here is one of the maps - ten feet high and eight feet wide, showing growth and recession of the Japanese Empire from 1931 until the surrender. Some of the defendants, in the foreground, are looking at the maps. June 20, 1946. Tokyo, Japan.  Photographer unknown.