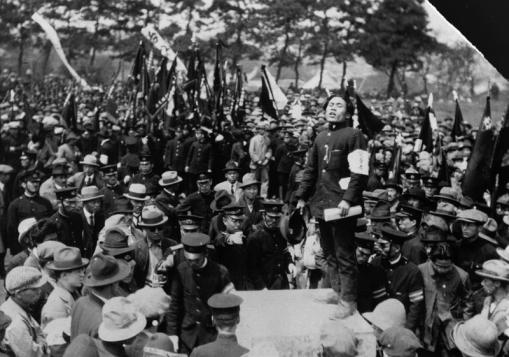 During this Labor Day demonstration on May 27, 1925, about 150 people were arrested as a result of clashes between police and workers.  This demonstration took place in Tokyo and was organized by the Japanese Federation of Labor.  The rise of protest movements and unions was one of the most important themes of the opening decades of the 20th century in Japan.