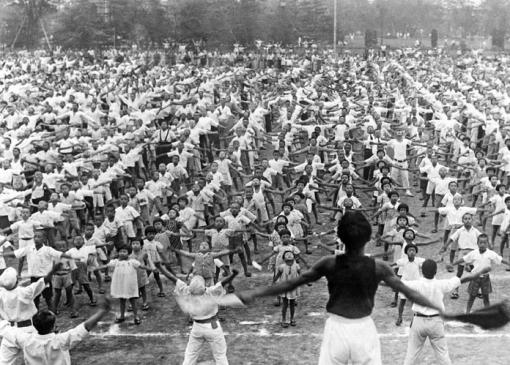 In 1940, Japan celebrated what was mythologized to be the 2600th Birthday of the founding of Japan and the Japanese imperial family.  Representative of the widely held symbol of strengthening one's body to serve the family-nation of Japan during this wartime era, the students conducted mass exercises in a Tokyo park to commemorate the birthday.  This photograph was taken on August 29, 1940.