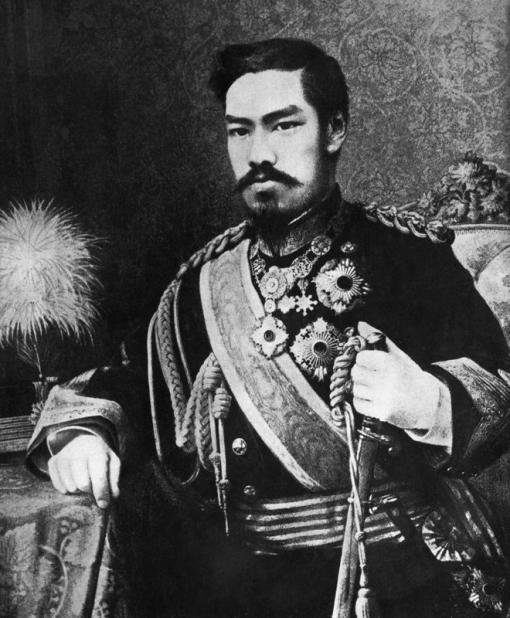 This portrait of the Meiji Emperor as a young man in military attire is one of the more famous portraits of him.  He reigned from 1868-1912, and it is usually during his reign that Japan is said to enter its "modern" period, in which it underwent rapid military, techonological, politcal, social, and economic change.  The Meiji emperor served both as a symbol of this change as well as a symbol of tradition and a connection to a mythical, "traditional," past.  This picture, in his Western style military attire, became a symbol of using the "traditional" symbol of the emperor to promote "modernization" and the development and support of a modern military.