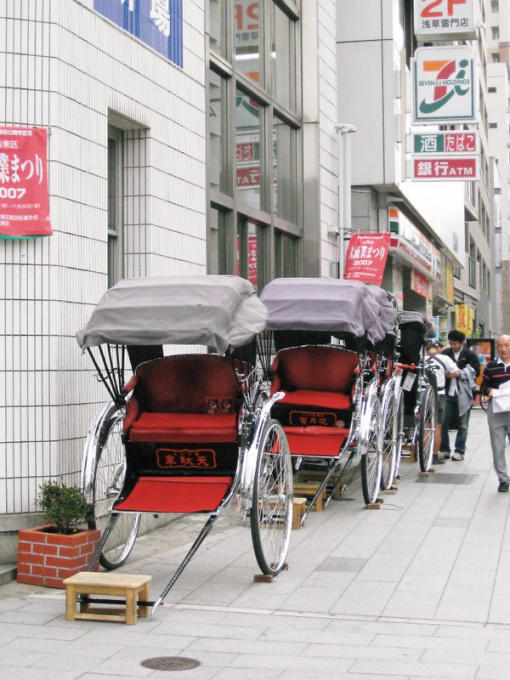 The word rickshaw originates from the Japanese word Jinrikisha. Jin meaning human, riki meaning strength and sha meaning vehicle. The origins of the rickshaw are unknown, but there is much speculation that it was invented in America in the late 1860's or early 1870's. By the early 1870's rickshaws had spread throughout Japan and become the major source of public transportation. From there the rickshaw spread throughout Asia and became very popular world wide. Today very few authentic rickshaws can be found and have generally been replaced by Pedi cabs, which are combination bicycle/rickshaw.  These rickshaws, aimed at tourists, can be seen to contrast with the sign for Seven Eleven, the famous convenience store, and Seven I Holdings, the bank company associated with Seven Eleven, above.  This photograph was taken in Tokyo in October 2007.