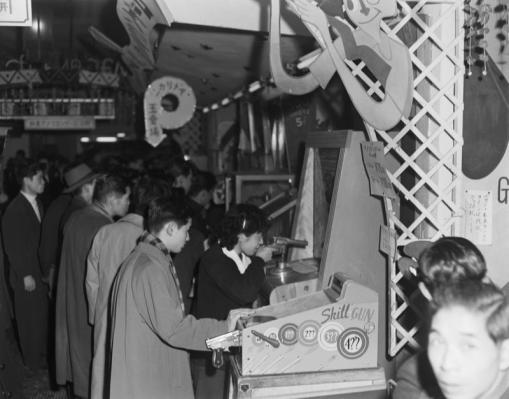 Although Japan still was Occupied and not fully recovered economically in 1951, things were definitely better than the desperate situation faced by most Japanese immediately after the end of the war.  While most citizens still faced signfificant economic challenges, as can be seen by this photograph, there was starting to be increased time and resources for leisure.  As can also be seen, most of the patrons are well dressed and well nourished.  This photograph was taken on December 27, 1951.