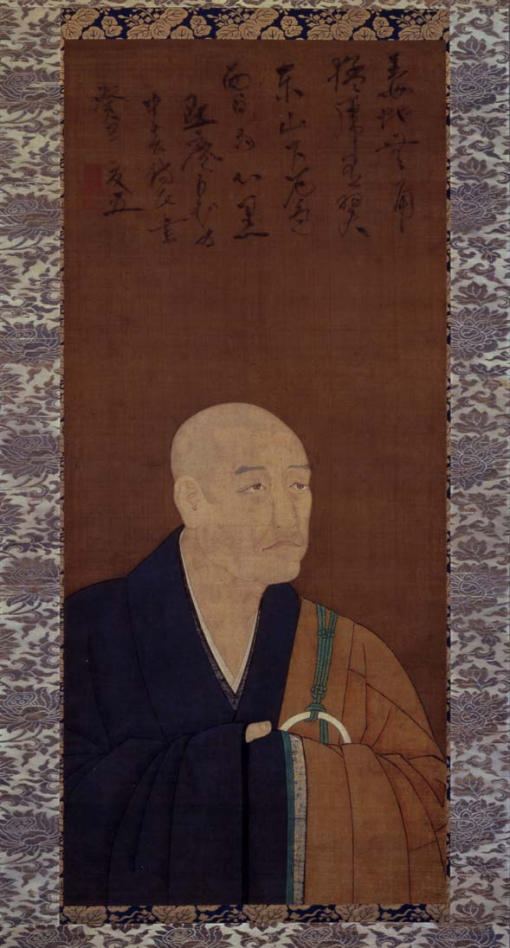 This portrait is an example of a genre of painting known as chinzo, portraits of Zen priests. During the Medieval period, chinzo were often created to be conferred upon a monk or Master’s students once they had attained Enlightenment. Monks carried these portraits with them, and many that were painted in China ended up in Japan upon Japanese monks’ return from study abroad.

Portrait of Mokuan Shuyu, like many other examples of chinzo, is highly realistic and naturalistic. There is no setting; it is meant to be independent of space and time.  These priest portraits are almost always in three-quarter view, and depict the full figure sitting in a chair, or a half-view of the sitter’s torso, hands and head, as we see here. These works are known to have met the approval of the sitter during his lifetime, so they can be assumed to be very accurate portrayals.1  Examples of high quality chinzo give a strong sense of the individual, which is rare in other contemporary forms of Chinese and Japanese figure painting.