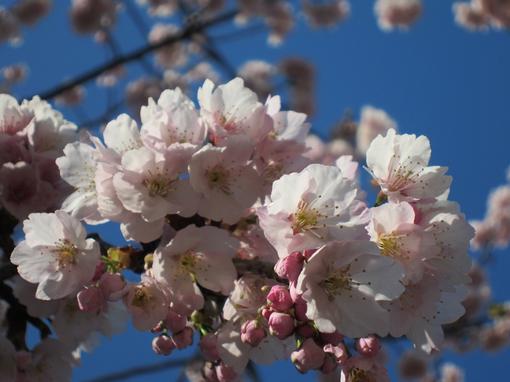 The viewing of cherry blossom trees in bloom, or hanami, marks the traditional beginning of Spring in Japan.  This photo, of a cherry blossom tree in Hibiya Park in Tokyo, was taken in late March, 2012.  Hibiya park is one of the most popular places in Japan to participate in Hanami.   Many people in Japan will see "cherry blossom forecasts" that predict when the sakura, or cherry blossom trees, will be in bloom in different parts of Japan.  Over the years, the sakura have become both important symbols of spring as well as potent artistic and literary symbols in the Japanese arts.

2012 also marks the 100th anniversary of the donation of Cherry Blossom trees from Japan to Washington, D.C.  Why might this donation have been important?  How is it similar or different from other types of "soft diplomacy" between the United States and Japan?  Have your students research how cherry blossoms have become important symbols within the Japanese arts.