Ruins of The Industrial Museum of Hiroshima

Ruins of The Industrial Museum of Hiroshima 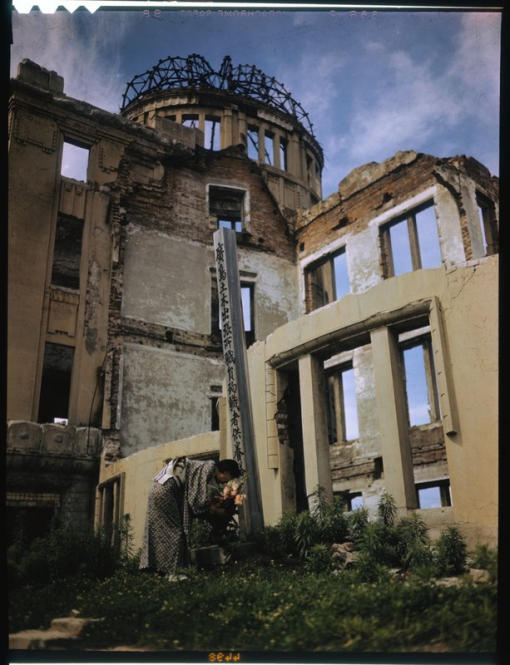 The Industrial Museum of Hiroshima, which is located near the target of the first atomic blast in the history of war, is to be preserved as a memorial. A Japanese woman, whose husbnad was killed in this building by the explosion, places a bouquet of flowers in a Japanese army helmet at a marker beside the gutted framework that remains. The civic leaders and the 240,000 inhabitnats of Hiroshima have now dedicated their city to peace because they feel that the sacrifice of 129,558 human casualties and untold material damage hastened the termination of the second World War and saved further destruction and misery. September 1948.