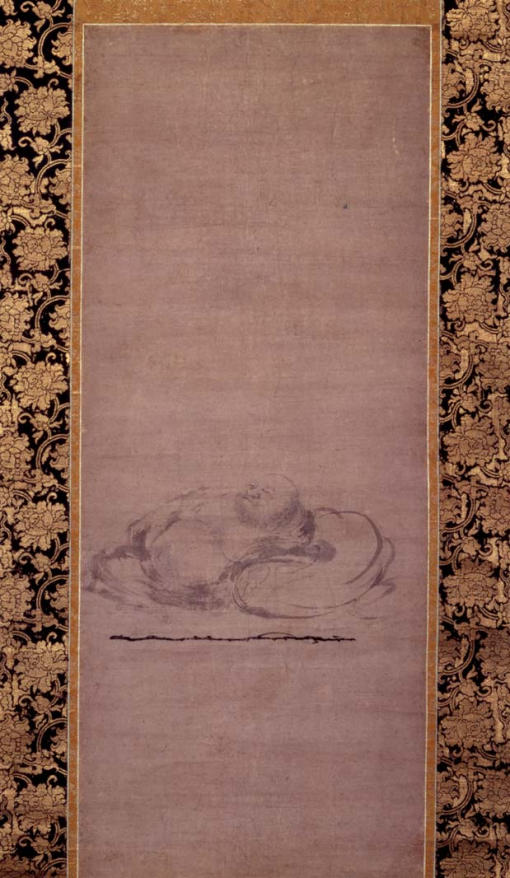 Slumbering Budai is an example of what may be called the only style unique to Zen Buddhist ink painting during the Medieval Period. It is known as “apparition painting” for its use of thin washes of ink, highlighted by a small number of specific, darker details. Overall, it is difficult to characterize a style of Zen painting, since monks and professional painters working in service of Zen drew inspiration from and utilized so many different extant styles.1

The artist who painted Slumbering Budai, Muqi (pronounced “mu-chi”), was both a Chinese Zen Buddhist monk and a painter. This was not uncommon, though Muqi stands out somewhat as a semi-professional painter. Zen Buddhist monks were all trained in an allied artform; calligraphy, and those that pursued painting did so mainly to further their own insights into Enlightenment, rather than painting explicitly for others.2  While Muqi’s work was not popular among Chinese patrons, his distinctive painting style was highly valued by Japanese monks and patrons (this trend continued from the 13th century into the 14th century).3  Even during his lifetime, Muqi’s works were collected among the Japanese ruling class and, as a result, his style was often copied by later Japanese painters.4