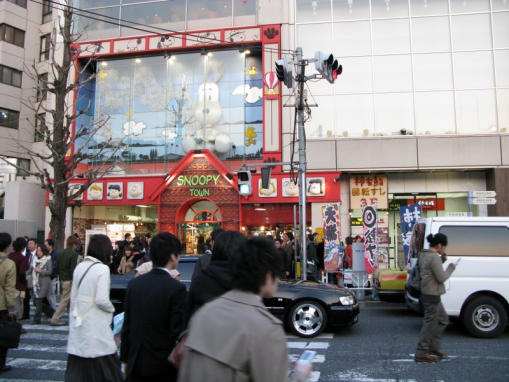 "Snoopy Town," a Peanuts Themed store, is popular in Tokyo.  The store is located in Harajuko, an area of Tokyo famed for its cutting edge teen fashion and popular amongst teens and young adults.  The picture can be used in a number of contexts, such as considering the spread of "global" culture, or the interaction between US and Japanese manga.  You can also pose questions designed to raise issues of identity, such as, "Is this store Japanese or American?"

The photograph was taken in October 2007.