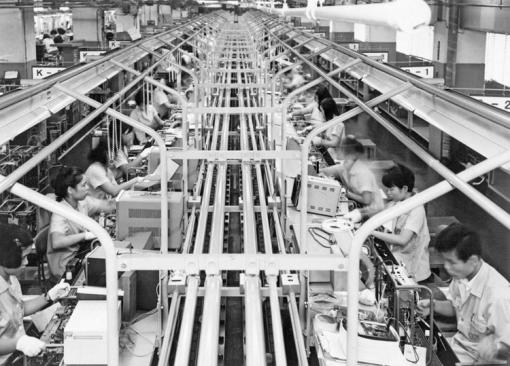 The rise of Japan as leaders in technology based products played a central role in its remarkable postwar economic recovery.  Innovations made by the Sony Corporation, both in products themselves and in methods of production, played a key role in Japan becoming a world leader in the consumer electronics sector.  This photograph, from July 22, 1970, shows an assembly line producing Sony Trinitron television sets.