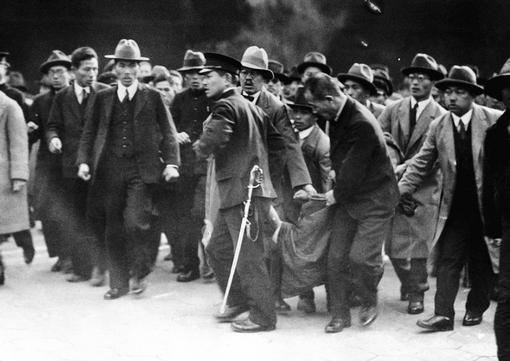 This remarkable photo of infuriated Japanese crowds and a Tokyo policeman dragging the would-be assassin of Premier Hamaguchi, was obtained by a cameraman who was on the scene for the purpose of taking a picture of the Premier himself as he passed. The photo was taken just after the shooting occurred. The Premier was seriously wounded but was expected to recover. The assailant was an unidentified man about 28 years old. Novemeber  14, 1930.