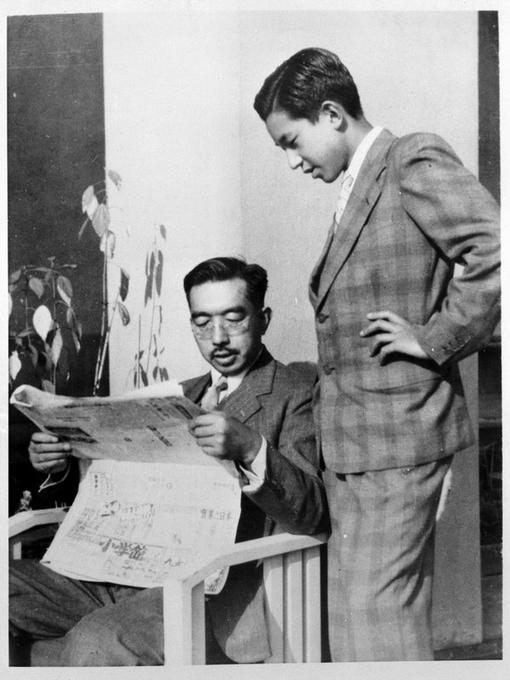 Japan's Emperor Hirohito (the former emperor of Japan) is visited by his son Prince Akihito (the current emperor of Japan) in the photo taken November 21, 1949 in Tokyo, Japan. Both the Emperor and Prince are dressed in western style clothing displaying the continuing modernization and influence of foreign countries upon Japan.